From Algorithm Wiki
Jump to navigation Jump to search

As these graphs show, there are two large clusters of algorithm families and then some intermediate values. The first cluster, representing just under half the families, shows little to no improvement even for large problem sizes. These algorithm families maybe ones that have received little attention, ones that have already achieved the mathematically optimal implementations (and thus are unable to further improve), those that remain intractable for problems of this size, or something else. In any case, these problems have experienced little algorithmic speedup --- and thus improvements, perhaps from hardware or approximate / heuristic approaches would be the most important sources of progress for these algorithms. 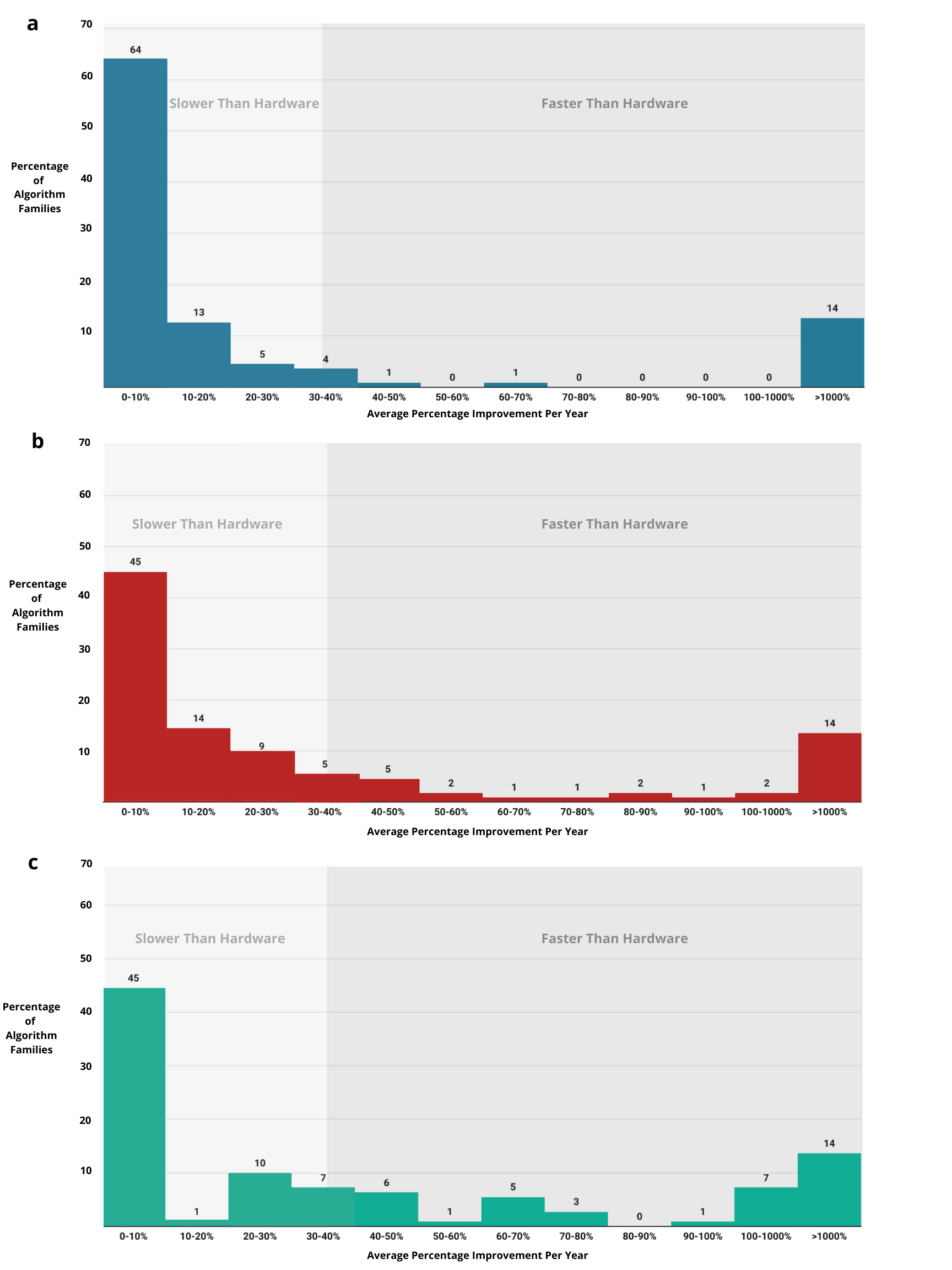